I first visited Bangalore in 1994, when the city was known as 'Bangalore, rather than its current 'Bengaluru'. Since then, I have been visiting it on average twice a year. 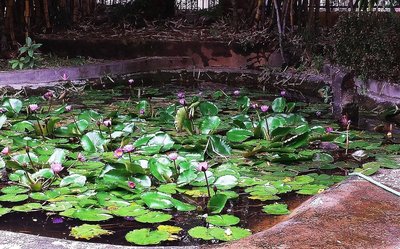 I came to get married. My in-laws live in Koramangala, a suburb to the south of the city's incredibly diffuse central area.

In 1994, Koramangala was separated from the centre by uninhabited open spaces. Now, apart from some old cemeteries and the National Institute of Dairy Research (NDRI), the five miles of the Hosur Road between the centre of the city (say MG Road area) and Koramangala is almost entirely built-up. A large shopping mall was built, and then this was followed by others. they are separated by apartment blocks, mostly designed with horrendous architecture (see below). One complex reminds me of how the Romanian president Ceaucescu had hoped to transform/wreck his capital Bucharest. 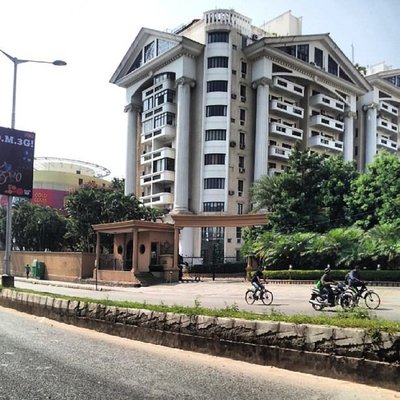 Each time I visit Bangalore, it has grown. Koramangala, which was a sleepy suburb in 1994, is now a bustling township, almost as congested and polluted as the city centre. Koramangala used to be the last urban settlement on the way out towards Sarjapur and Chennai (Madras). Now, new suburbs and the IT hub, Electronic City, have ensured that Koramangala is separated from 'open country' by urban developments, filled with high-rise blocks, for at least 20 miles.

A few years ago, a new airport was opened near the village of Devanahalli, far to the north of Bangalore. Since its opening, the country side between Devanahalli and Bangalore has become rapidly eaten up by developers, who have planted yet more high-rise buildings and residential colonies in it. It seems that many people actually want to live close to the airport. Its proximity is a selling point.

Bangalore is spreading. It has become an Indian Los Angeles, but without the American city's excellent highway system.

Although it may seem as if I am painting a grim picture of a city, I must admit that I love Bangalore. In other blog articles, I will try to share my enthusiasm for this vibrant, culturally-rich, city with you.

Next Table of contents