Men in India often prefer or maybe need to pee 'al fresco'. However, property owners are not so keen about people peeing against their walls. 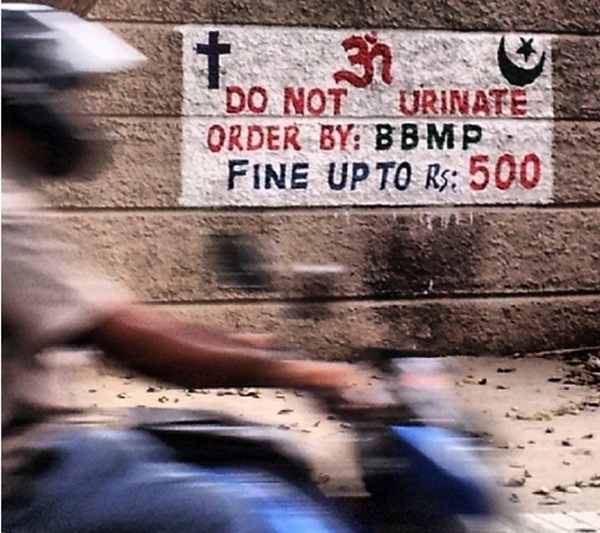 The picture above includes the warnings not to pee alongside symbols of Islam, of Christianity, and of Hinduism. These are the three main religions in Bangalore. For a long time, I was puzzled by the proximity of these holy symbols and the exhortations not to pee. I believe, that these symbols of 3 religions are placed on the wall in an attempt to prevent them from being desecrated by urination and also the wall on which they are drawn from being peed against.

I have also seen external walls on which images of Hindu gods have been affixed at regular intervals. A friend of mine suggested that their presence is also supposed to deter the deperate from peeing nearby.

Address: Almost any wall in Bangalore 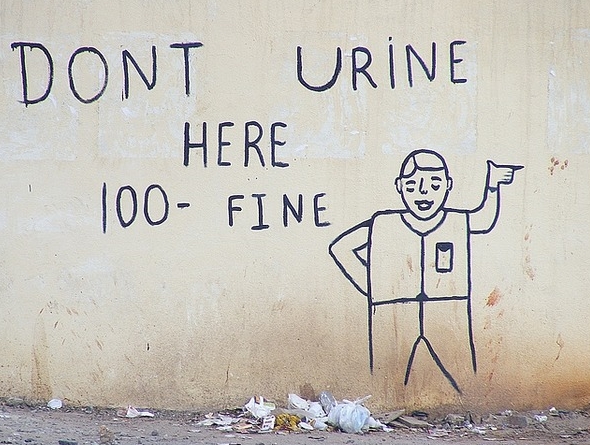