COMMONLY SEEN IN THE STREETS OF BANGALORE

Here are a few of the things that are commonly found in the streets of Bangalore. I have not included cars, cycles, and auto-rickshaws.

The rangoli ('kolam' in Tamil Nadu) is a geometric pattern traced outside entrances to buildings every morning. During the day, the rangoli becomes damaged by footsteps of those entering and leaving the building. Every day, a new rangoli is traced out using either white or coloured powders. The rangoli is designed to bring good luck. 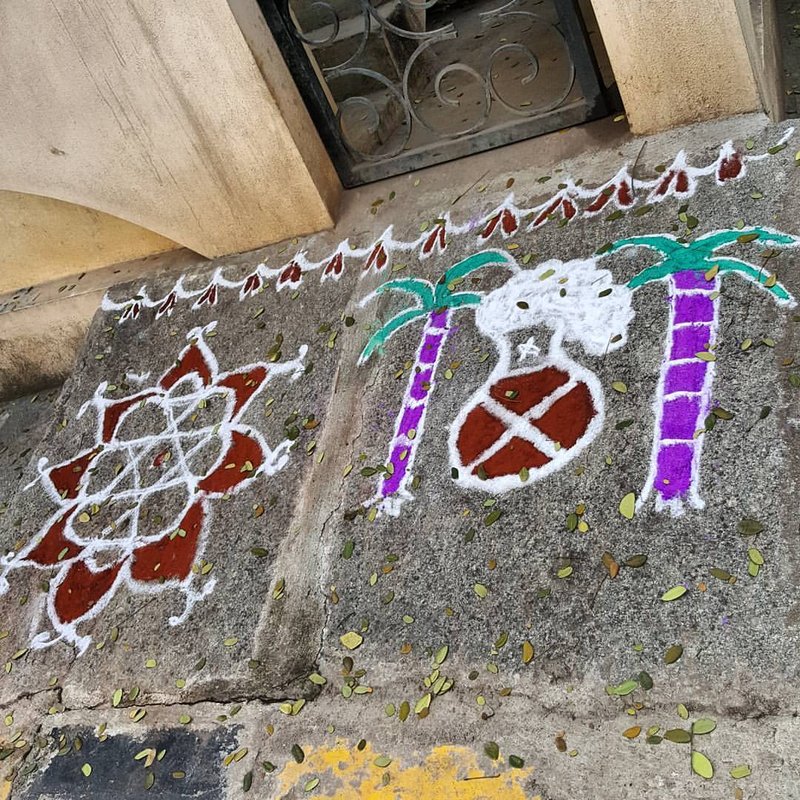 The mochi is a shoe repairer or cobbler. In Bangalore, many of them set up shop on the pavement. The mochi works with his fingers and toes, and often repairs bags and cases in addition to shoes and sandals. 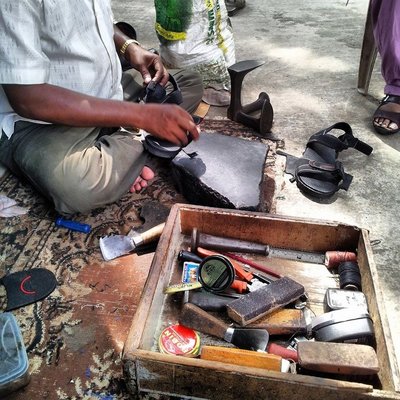 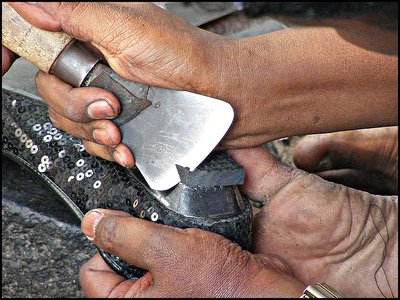 The dhobi is a professional clothes and linen launderer and ironer, usually a man. Many dhobis ply their trade in small barrows on the pavement often in residential areas. Most, if not all dhobis, use heavy metal irons filled with glowing charcoals. 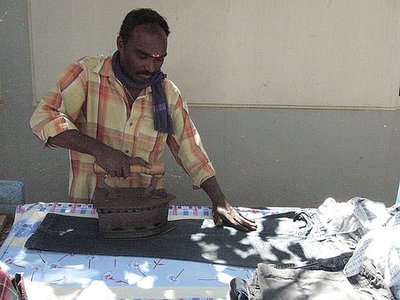 Feeling thirsty? If you are lucky, you can find a pavement sugar cane juice seller with his sugar cane press that squeezes the juices out of sugar canes. Tastes good, but be careful if you are worried about food poisoning, as the glasses are not always too clean! 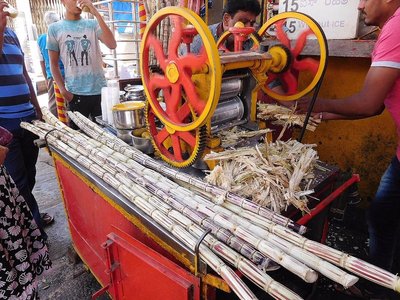 Beggars there are aplenty in Bangalore. Many of them are mutilated, and they often 'prey' upon drivers and passengers sitting in or on their vehicles whilst awaiting traffic lights to cahange from red to green. Some unfortunate individuals wheetl theselves along on little trollies, others are pushed along in carts.

Cows are to India what windmills are to Holland and pubs are to the the UK. Cattle are all over the place, grazing on whatever urban waste material they come across. Every now and then in Bangalore, you can spot shelters where the cows are milked. 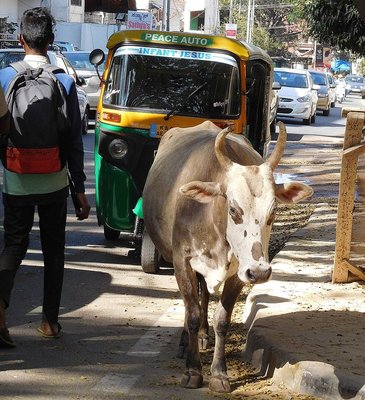 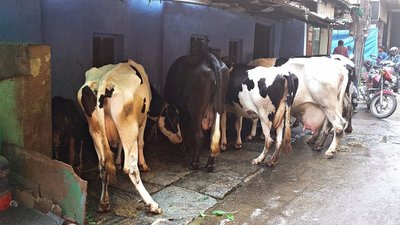 All over Bangalore you will see PUNCHER shops or stalls. They are simply places where tires with punctures may be replaced or repaired. 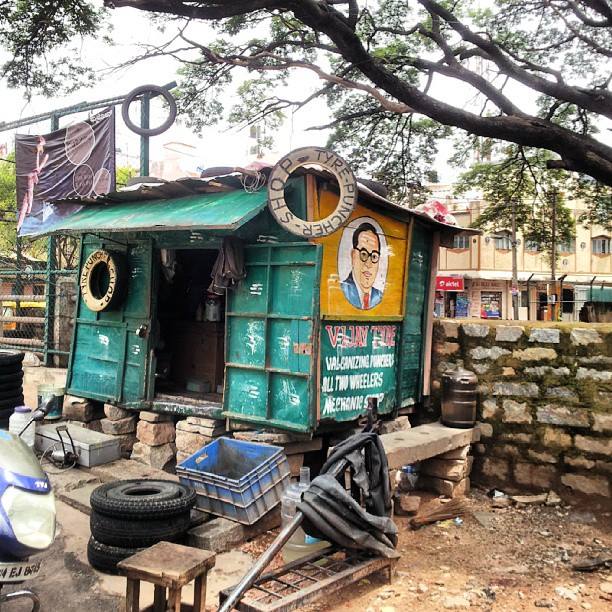 Hungry? Why not buy a snack at a chaat stall? Word of warning: hygiene should be considered before considering consumption! 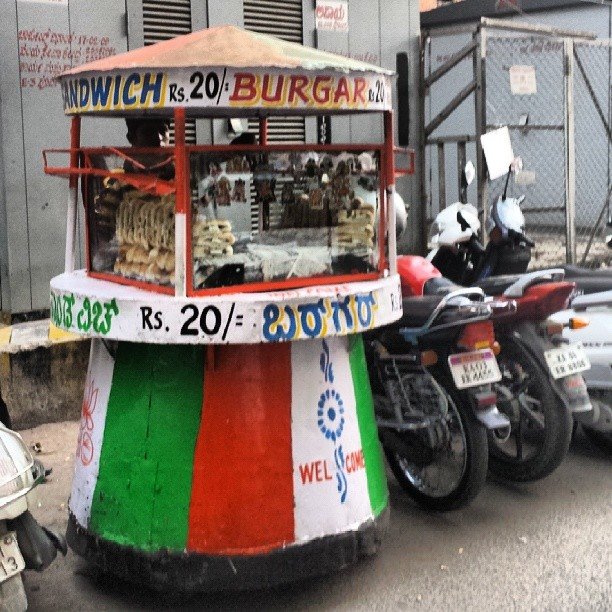 There is no shortage of street sellers in Bangalore. They sell everything from snacks to shirts, from fruit to foot wear, from belts to books, from toothpaste to tomatoes, from hats to hair-clips, and so on. 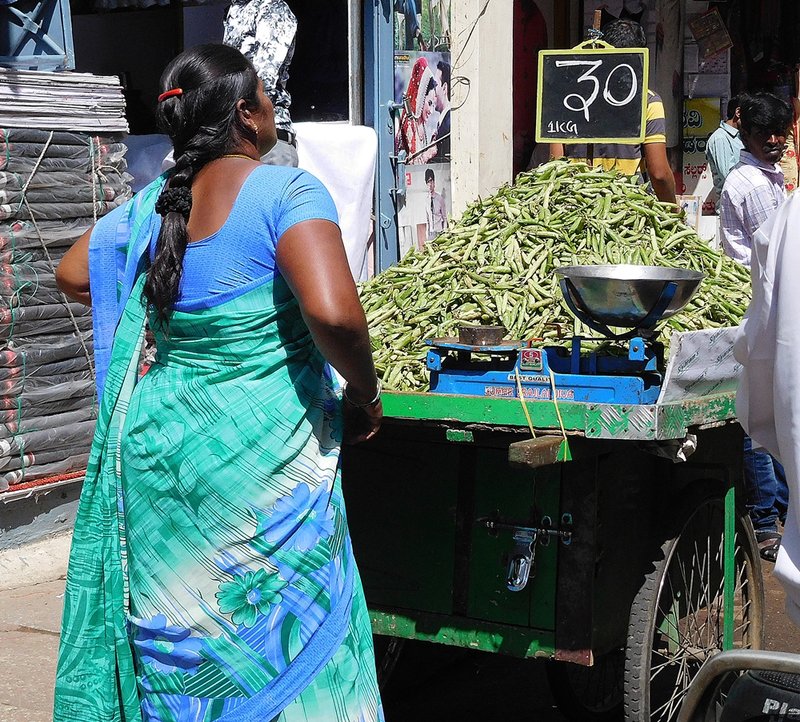 The hijra is a transvestite. They make their living by accepting donations in exchange for conferring blessings. In Bangalore, they are often found soliciting from people waiting in vehicles at red traffic lights. A small donation will buy you a blessing. 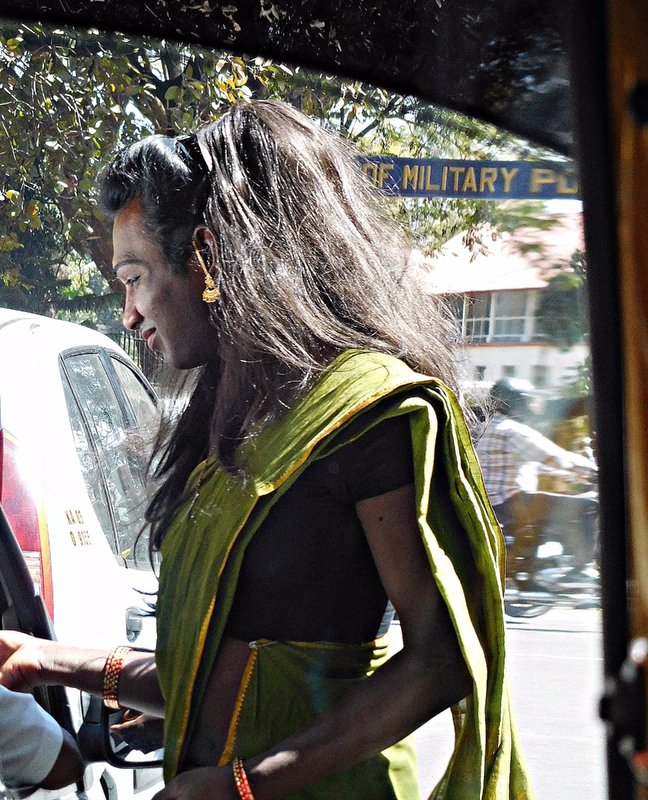 The observant visitor will spot many more interesting things on or besides the streets of Bangalore. What is described above are some of the more common sights. I would love to have included a horse-drawn tonga, but so far I have never taken a good photograph of one.