A GREAT BOOK ABOUT SOUTHERN INDIA

Review of THREE-QUARTERS OF A FOOTPRINT by Joe Roberts 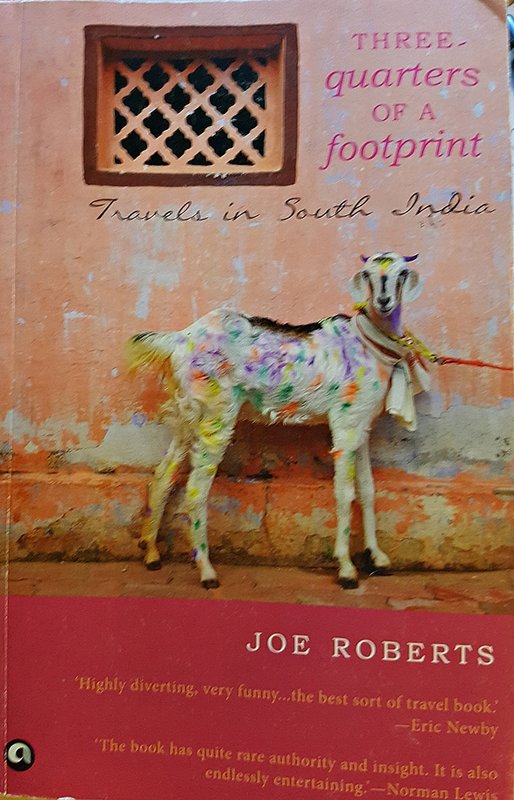 This is a superbly written book about southern India. It describes the several months that the author spent based with a family in Bangalore in 1990. Joe Roberts views India realistically and sympathetically, and not without a sense of humour. He recounts his time spent with his host family brilliantly, conveying a great sense of what it is like living in an Indian home: its ups and downs. Roberts made many excursions from Bangalore to a variety of places in southern India, and one up north. He paints a vivid picture of each place, each of them being portrayed accurately and atmospherically. Encounters with strangers, both Indians and foreigners, are incitefully and often humourously related.

I am a regular visitor to southern India, and have been so since 1994. I feel that what Roberts wrote following his extended stay in 1990 resonates well with my experiences of the region over the past more than 20 years.

The end section of the book contains a number of informative and interesting notes on things to which he referred in his text. The 'articles' on the Jews of Cochin and the Syrian Christians were particularly good examples of these.

This is a wonderful travel book that should appeal to those who know southern India and alson those who do not. A great read.